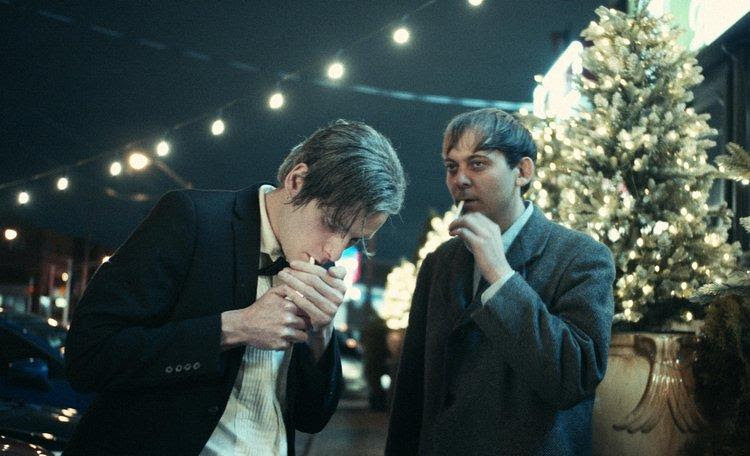 The track is vexing and saturated in heartache. Over reverberating guitar, restraI’d vocals serenade listeners.

“We booked our first show in Marseille, last minute with little to no material ready to perform. We had just finished shooting a short film and had definitely burned the candle at both ends. I didn’t think we should do the show, but Kyle’s maniacal  ambition convinced me that we could pull it off.  In a frenzied 24 hours of necessity before the concert, we wrote a batch of songs in a local venue/rehearsal space called L’Embobineuse. “Disfigured Light” was one of those songs.  It is one of the tracks off the LP we are most proud of, and I think it is extremely honest to the emotions and the headspace of that time in Marseille. A ghost of a person, lovesick and exhausted but still reaching.’

The idea for Matthews and Knapp to start Dime Lifters was inspired by their time spent in the Mediterranean basin coming to be the ‘self-aggravated pop balladeers’.

Their music strives to characterize their charisma, both soul-stirring and endearingly sorrowful.