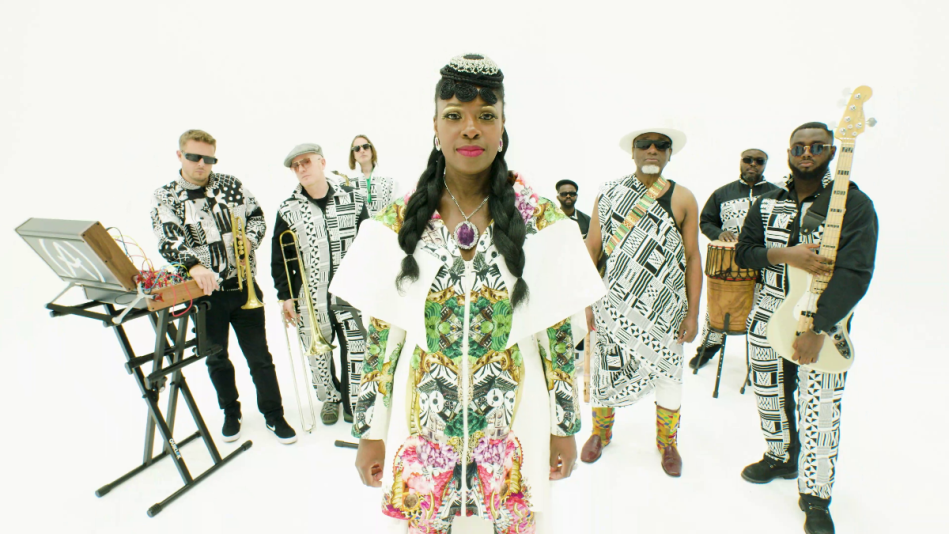 After releasing singles ‘Electricity‘ and ‘All That You Want, ‘IBIBIO SOUND MACHINE share ‘Protection From Evil’, the third single from their new album. “Electricity “

The new album will be released at the end of March via Merge Records and is part of a collaboration between the group and Hot Chip – who backed the record.

“I’ve long been a huge fan of IBIBIO SOUND MACHINE, and their Afrofuturistic techno sound has resonated deeply in my native Brazil. When Max Grunhard from the band sent me the track and explained its commentary on the duality of conflict and discourse, it was important for me to communicate this within the video, especially considering the abstract lyrics.The look was inspired by Carmen Miranda’s ‘The Lady in the Tutti-Frutti Hat’, but we wanted to put a contemporary spin on these mid–20th century soundstage performances and create an experience that conveys a similar sense of awe and scale but was as methodically chaotic as the track.“

The resulting sound is a futuristic work with shimmering synths and African influences from 1970.

Directed by Tiago Di Mauro, IBIBIO SOUND MACHINE present a music video for their new track. In quite trendy black-and-white images, you can catch a performance by the Afro-Funk collective and their producers.