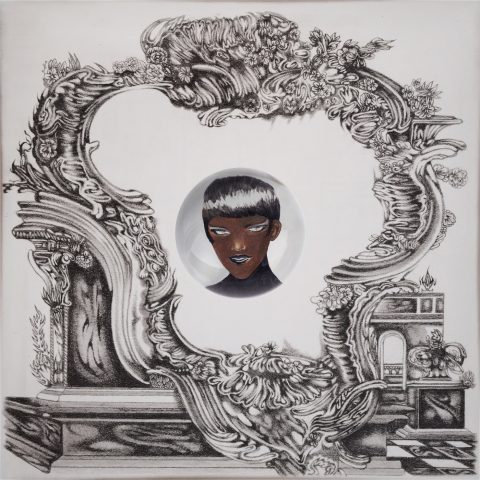 There is more to the genre-pushing sound that Yves Tumor has created as an artist. Rock and cold wave sounds penetrate with indietronica catchiness, but the whole persona and visual universe are what you come to appreciate with such virality.

Opening with the smashing ‘Jackie’, which itself has an extraordinary visual by Actual Objects, blends distorted guitar through its chorus on top of the emphatic bass and drums. If this is top of the mountain, then we are about to propel into orbit.

‘Crushed Velvet’ as a follow up doesn’t try to outdo the opener, it wraps itself in warm tones and gently pushes itself while maintaining a solid tempo. Then we return to the psychedelic, aim for the throat rock, that follows the short blast frequency of modern pop. By now, you have the idea that Tumor has set boundaries for the record, but ones they are willing to push and pull without losing control.

“The Asymptotical World” was co-produced and engineered by longstanding collaborator Yves Rothman. It also features a collaborative effort on ‘Tuck’ with NAKED, that offers further subversion.

A record full of anguish and channelling contempt towards broken relations, you would be remiss to not give this a full listen at least once.

“The Asymptotical World” is out now on Warp Records.