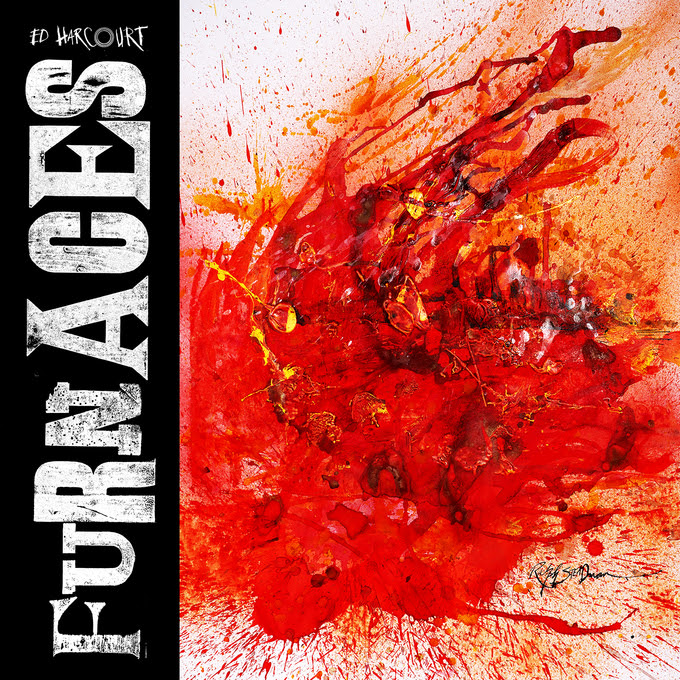 After fifteen years, Ed Harcourt returns with his seventh album on the Polydor label.  Quite a feat in many respects and it does not disappoint either.

After listening to the embers of ‘The World Is On Fire’, “Furnaces” proves to be a slow-burning album. Echoing Morrissey, hanging with Guy Garvey, and lost in euphoria. “Loup Garou’ is a breakout, showcasing Harcourt’s ability as a multi-instrumentalist, while documenting characteristics that exhibit why so many artists seek his songwriting expertise.

Casting aside notions of a popularised singer-songwriter, album-title track ‘Furnaces’ hints at some influences of those he has enlisted to play on the album. In this case sounding much like the beating rhythms of drummer Stella Mozgawa of Warpaint. Other names checked on the record include bassist Tom Herbert of The Invisible & Polar Bear, vocalist Hannah Lou Clark, and percussionist Michael Blair, a frequent Tom Waits collaborator.

This is of course, a reversal of something Harcourt would usually partake in with other artists.

‘Occupational Hazard’ and ‘There Is A Light Below’ are fine examples of the range found on this record. Threading from dark euphoria to breakout rock and repeat until the end.

‘Last of Your Kind’ throw away the former observations however, exploding into a spectrum of ever-lasting memories that are coupled with end of the world realties.  The album will push you back and forth, but finding the gems is the true magic of it.

“Furnaces” is out now on Polydor.