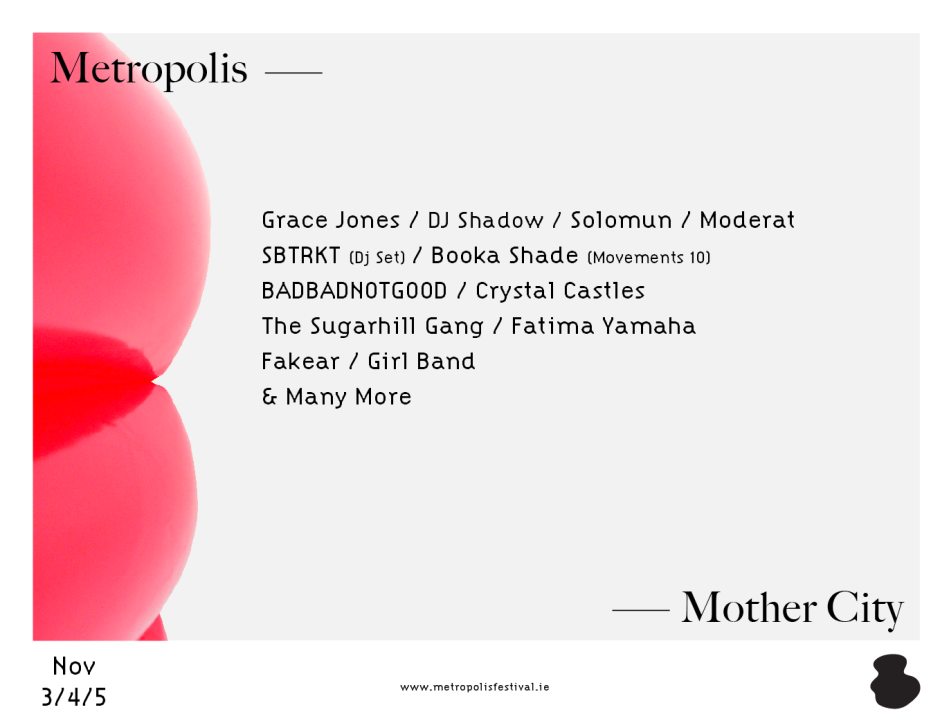 Metropolis Festival returns for 2016 as expected following a sell out weekend last November. The now, three day event has also announced the first wave of acts that will take to stages in warehouses and venues within the RDS complex across 3,4, and 5 November.

Consisting of music, art installations, performance and conversation over 6 stages, the event is once again run by POD and Hidden Agenda, two of the forces behind events like Forbidden Fruit, District 8, and more.

First up, as a new addition to this year’s proceedings, Thursday 3 November will host a limited capacity Opening Party with DJ Shadow in the RDS.