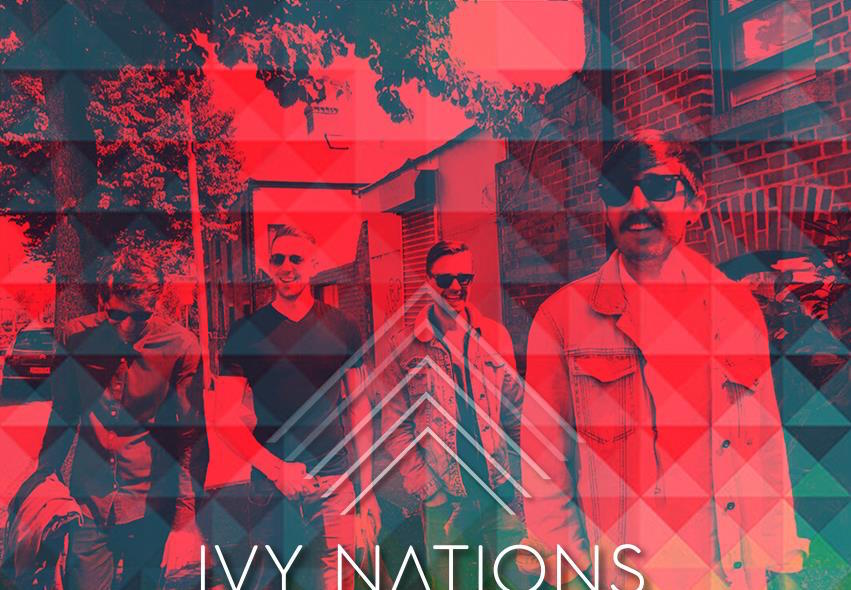 Fresh from supporting Kodaline at a warm up show in Belfast’s Limelight venue, Ivy Nations might have already gathered attention before getting out of the blocks. A balmy Thursday night in Dublin gave a warm welcome to the indie-pop act and their support before it had even begun.

Kerry native RUTH, accompanied by a backing band opened the show, performing some future releases such as ‘Queen Of The Con’ and popular debut single ‘Who Are You Living For’. A powerful performance and this gig already had a bar set high.

Motions, who with Ray Lamontagne type vocals, bring their sound everyone’s attention. There is a touch of Imagine Dragons and Sunset Suns here, a startling furore from latest single ‘Back To Where I Begun’ was enough to envisage promising things to the independent band.

As for headliners, Ivy Nations, there are a few striking impressions that were made from the beginning, all of which were positive.  When a band arrives with so much pent-up energy and precision you like their sound because it is clear what their goal is.  In this case, Ivy Nations are giving a Phoenix meets Two Door Cinema Club sound that is gloriously infectious.  A point that was later made when ‘1901’ was covered by the four-piece, along with single ‘The Mile Road’

‘Disintegrate’ makes frontman Joe Kiernan sound like Ezra Furman, but with more indie-synth pop madness underneath. A Foals’ influence is detected somewhere underneath, most likely in the guitar.

Perhaps the only thing that needed some tweaking was the vocal levels, which were quite high but did make the lyrics more audible.  However, anyone who was there can be sure they got a steal for their money’s worth.