The first names have been revealed for this year’s Cambridge Folk Festival and there are plenty of Irish names on it.

The 14,000 capacity Festival draws acclaim for both its internationally renowned headline artists and for showcasing up-and-coming young performers. The Festival continues to enjoy sell-out crowds year on year.

Christy Moore (performing with Declan Sinnott and Jim Higgins) and Glen Hansard both make exclusive English Festival appearances,  Plus rockabilly singer-songwriter Imelda May, Kíla, and Lisa O’Neill are amongst the Irish acts so far.

Aalternative folk band This Is The Kit, rambling folk singer Will Varley, who previously toured with Frank Turner, and more are confirmed for the UK festival in July 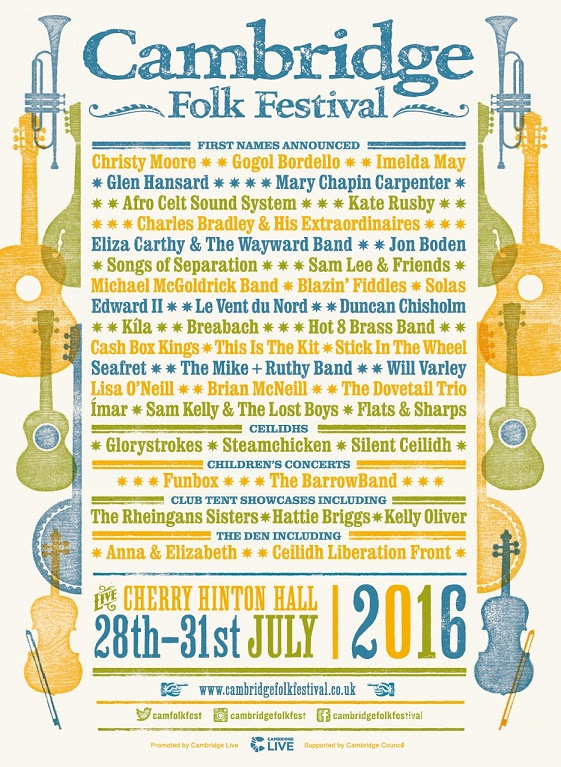 Tickets can be purchased HERE