Now in its ninth year, Sea Sessions organisers have just announced their first set of acts for this summer’s festival, which is due to take place from 24-26 June 2016.

Since the introduction of the Wild Atlantic Way, Sea Sessions has been leading the charge long before with its coastal views and surfing highlights. 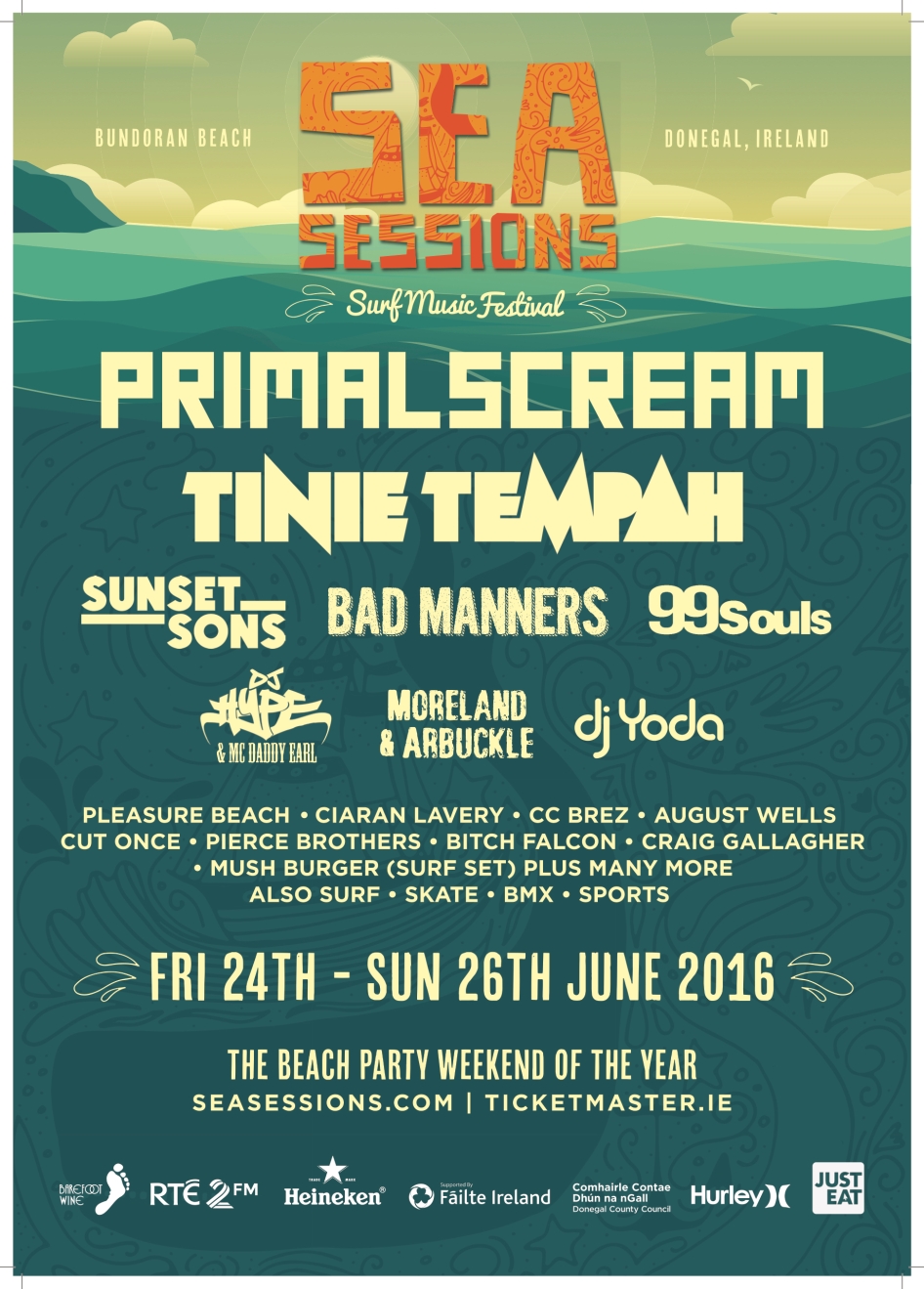 Tickets are available from all Ticketmaster outlets nationwide,www.ticketmaster.ie and www.seasessions.com priced from €99.90 for 3 days and €124.90 including 4 nights camping. Limited day tickets are also available from €47.50 and VIP upgrades from €50 extra.