The Blades and Ocean Colour Scene have been announced as the headline acts for Groove 2016 which takes place on 2-3 July at Killruddery House, Co Wicklow. Special Guests for the Blades will be Aslan.

Groove festival goers spoke and organisers listened and this year for the first time picnics will be allowed on site.

Saturday 2 July will see their first festival appearance since 2013 and only show of the summer from The Blades. While Sunday 3 July sees Ocean Colour Scene headline. They are back with a bang for 2016, celebrating the 20th Anniversary of their album ‘Moseley Shoals’.

Aslan take to the stage to support The Blades, then Neville Staple from the Specials (aka ‘The Original Rudeboy’) will support Ocean Colour Scene at this year’s festival.

Further lineup announcements along with second stage, activities etc will be announced in the coming weeks.

Tickets priced €49.50 for a day or €74.50 for a weekend pass will go on sale on Thursday 11th February at 9am from www.groovefestival.ie or www.tickets.ie . Once again all tickets are “Come + Go” passes which allow for entry/exit to the site.) 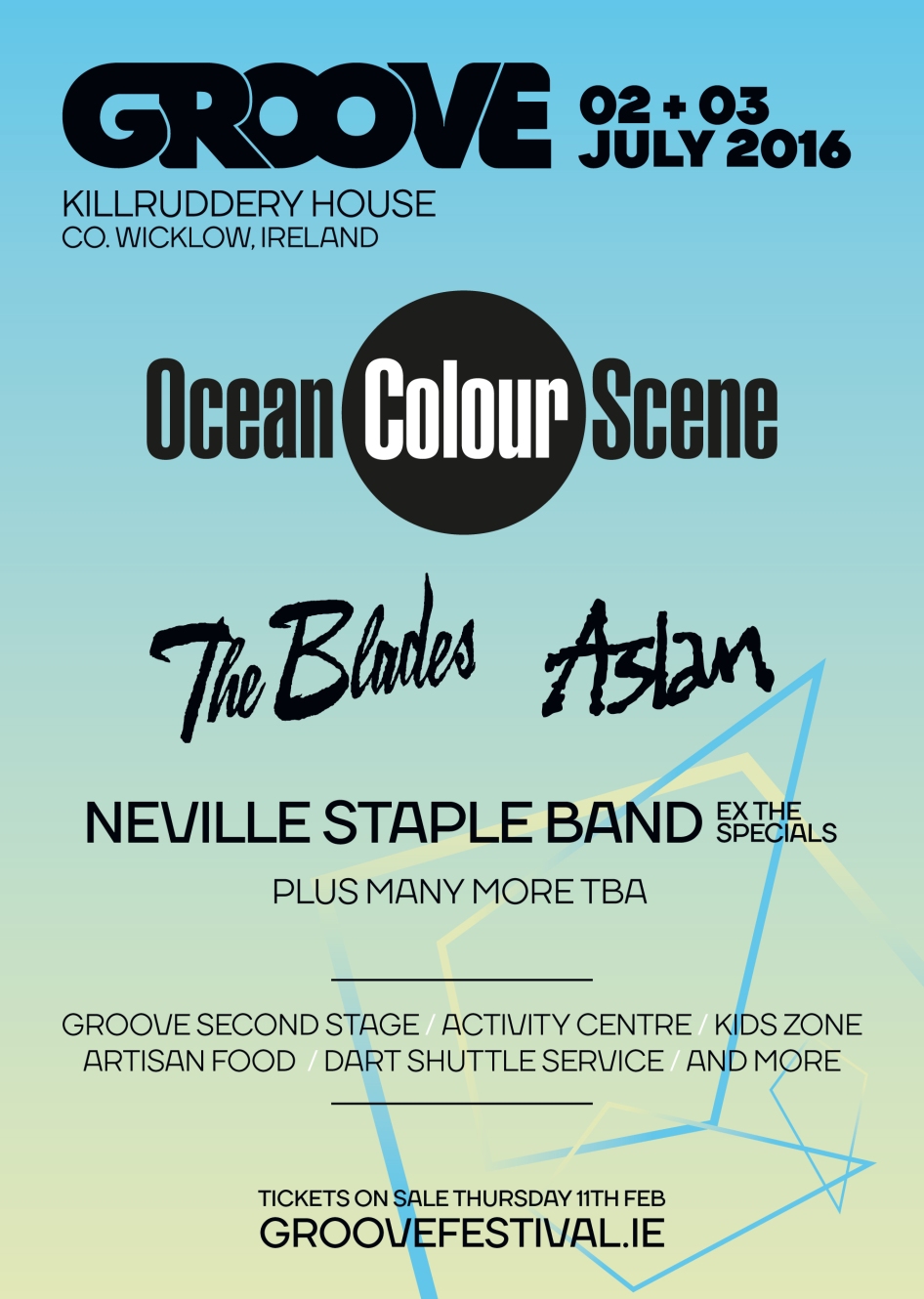