Longitude Festival is upon us once again for the second year.  It’s fair to say that line up is quite impressive, as Ben Howard, Disclosure, Massive Attack and many more make their way to Marlay Park this weekend.

So if you are lucky to be going to the event – which is almost sold out – then here are few things you might want to know.

Gates open at 13:30 with music kicking off a half an hour later.  So you have a day to plan for with sunscreen, sunglasses, and even some rain gear for those pesky showers.  Umbrellas aren’t allowed and can be very awkward when you’re in the middle of crowd, so don’t bring them.

Don’t weigh yourself down with loads of stuff, just bring some essentials like ID, money, weatherproof clothes, ticket (you would be surprised) and your fully charged phone, in case you lose your mates or need to call a taxi.

Plan getting there isn’t just my advice or any other media outlet, it is also the Gardai and promoters.  Get the concert shuttle bus, Dublin Bus, taxi, car pool, cycle, or even the Luas (30mins walk). 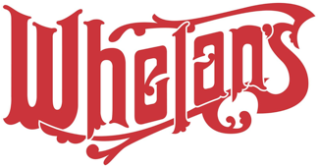 Whelan’s Live are involved with Longitude Festival this year.  The sheer range of acts – including those who have performed in the venue – makes Whelan’s and Longitude a perfect fit.

Dublin Indie radio station TXFM will be at Longitude this year.  They have their own area where you can watch Bombay Bicycle Club, George Ezra and Bastille and more be  interviewed on the radio.

TXFM broadcasts on 105.2 FM in Dublin and online at www.txfm.ie

The Dirty Old Town Speakeasy is a  sideshow, a comedy tavern, a slam joint, a cabaret salon, and a lost circus rolled into one with rappers, warblers, gigglers, rudeboys, gypsy hip-hopsters and the odd musician wander.

* Under 16? then you will need a parent/guardian (someone over 18) with you.  Acceptable forms of proof are: Passport, Garda Age Card, Driving Licence, PASS cards.