Situated in the heart of Dingle, Other Voices is a festival that has had those in attendance speaking about it in a pilgrimage manner about one of the most charming places they have ever been to or played.  From afar, you might wonder what the hype is about, but take a bite of Dingle and you will soon find out why it is magic.

A stiff drive down to the Peninsula on the Wild Atlantic Way, there is something that hits you as you weave through the narrow, winding, and picturesque roads that lie within the mountains.  When you arrive, the town of Dingle is lit up, there is a buzz as those arriving for the weekend seek out the hotspots on the coastline and Main Street.  #Ireland’sEdge talks at The Skellig about 10 minutes walk from the town offered interesting views on the future of Irish culture and it’s diaspora.  A talk with Philip King, Other Voices’ organiser, and Mercury nominated musician, Richard Hawley also thrilled those at The Guardian’s Live event.

But if you wonder what the best place to be is around 5pm, then it’s definitely the Main Street.  Most venues, mainly hotels and pubs, are full of Music Trail acts such as Johnny Stewart who rocked Geaney’s bar late on Friday, or Rusangano Family in An Chonair.  Take a stroll across the Street to Benners’ Hotel for the live streaming of events in St James’ Church and you will be well placed for the night. 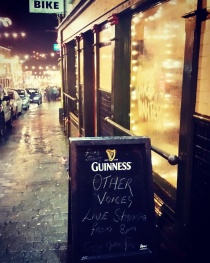 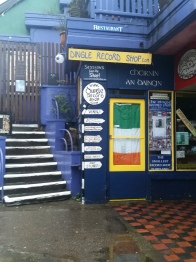 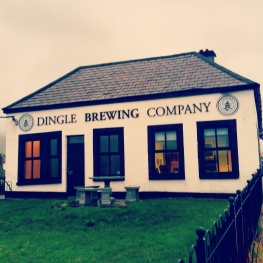 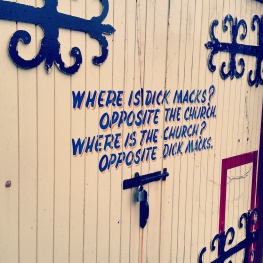 Events in the church on Friday night opened with North London act, Little Simz, a blazing set of vocal stamina to deliver big beats and fast-paced lyrics.  The young rapper has an acute lyrical delivery with a track like ‘God Bless Mary’.  Her debut album was released in September of this year and is very promising indeed.

Jack Garratt is a formidable force, alone on the stage, the walls were shaken with his brand of folk/R&B-infused electronica. Now based in Chicago after leaving London,  his abilities as a multi-instrumentalist are phenomenal.  If he was this good in the small confines of this church, then what he unleashed supporting Mumford & Sons at the 3Arena in the days before could have been jaw-dropping.

Låpsley hails from Merseyside in the UK, a voice years ahead of her age, particularly evident in ‘Hurt Me’.  Shy and composed, Låpsley has been championed by Other Voices presenter Huw Stephens on his BBC Radio 1 slot before. The versions we hear in St James’ are delicate and perfect shelter with the storm that battered the harbour outside.

Shakey Graves best track was the sublime ‘Roll the Bones’, a song that showcases the one man wrecking ball that is something of a Alabama 3 meets Paolo Nutini lost in the Americana section of a record store. Standing a lowly figure with a guitar and a handmade kick drum built out of an old suitcase, this set could have gone anywhere, and it went into the gloriously unexpected.

The Academic closed proceedings in Dingle on the opening night, playing a selection of tracks from their “Loose Friends” EP, with one exception of ‘Bear Claws’ from a previous release.  The loud, energetic performance was a good way to set up the rest of Friday night, leaving the weekend open and the band’s show at Vicar Street next year open to a lot excitement.

Whether those who went to the West Kerry town this weekend got into the main venue or not, there is a lot to savour from Other Voices.  The Music Trail is worth attending the festival for alone, acts like Saint Sister, Johnny Stewart, Talos, or David Kitt‘s show in Dingle Brewing Company were superb.  The locals are friendly and open to helping you get the most out of your time there. A final stop off at Dingle Record Shop to meet the infamous owner Mazz proved this theory as the chat and stories are beguiling, Huw Stephens and Myles O’Reilly had just popped in before me for much of the same.

If you are looking for magic, this is the place, or as Mazz said herself; “You’ve come to Dingle and got Dinglitis.”